March 2021 - District Superior's Letter: Keeping up with the Joneses 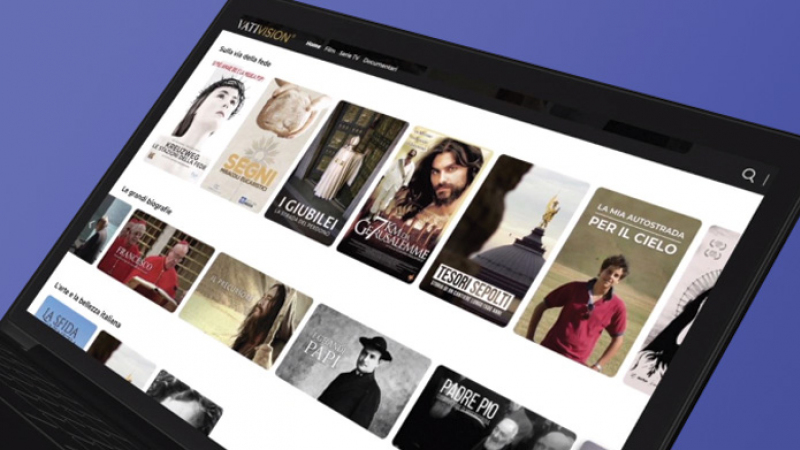 Keeping up with the Joneses

Meet the Jones family, they are Tradcats – they have trad cat policies: they dress modestly to go to Mass every Sunday, Rosary most evenings and even catechism once in a while. But they’re also realistic, they know that the best way of being Catholic is to be open, and so they have a Netflix subscription, the kids have Snapchat accounts and Xbox Live subscriptions so they can keep in touch, and on some things, they’re even pretty strict – the kids can’t get Instavanity accounts until they’re twelve.

The policy of the Jones family is the Catholic religion, but its culture is not Catholic, it’s ‘how can I conform to the world while still remaining Catholic?’ I have news for the Jones family, it is that this is not good enough because ‘culture eats policy for breakfast.’ It doesn’t really matter what you say is right or wrong, allowed or not allowed, what really matters is what actually goes on, what is actually done, and what you actually accept or tolerate.  The Jones children know that being a Catholic is really important in theory but in practice? It’s the world. Mr. & Mrs. Jones are good people – and they scratch their head? Why are my children listening to rap music? Why does my daughter want to dress like that?  I’ll tell you why – it’s because your life is only partially Catholic.  If your family culture were integrally Catholic, your family would be actually Catholic.

Let your family have a basic code then, and live it!  The first rule is the saying of St. Joan of Arc: “Messire Dieu, premier servi” - “My Lord God, the first served.”  God and His Honour come first.  A corollary or second basic rule is: it is never okay to deliberately commit sin. Culture is the expression of what you believe; the era of Faith gave us the culture of Faith, the era of apostasy gives us the culture of the devil. The ambient culture is soaked in sin – we must not allow our children to become infected.  Let is judge things not on “what is everyone doing?” but think things for themselves based on common sense and the Faith.  Let’s take a practical example – what sort of movies or television programmes should we watch? (Music and books follow the same rule.)

First, think.  Whenever deciding to do or not do something, we should always first look at the thing in itself.  If it is bad in itself, we must not do it at all in any circumstance.  If it is good in itself, then, before saying we can do it, we need to consider the circumstances.  An example would be: should I tell a lie in order to gain a pay rise at work?  Telling a lie is bad in itself.  I cannot do it for any reason.  There is no need to consider the fact that it will bring me more money because it doesn't make any difference.  Another example would be: being an alcoholic, can I go to a bar?  Going to a bar is not evil in itself so, all things being equal, I could go.  Now I need to look at the circumstances: I’m an alcoholic.  For me, it would be an occasion of sin to go to a bar.

So, applied to movies, firstly, we should distinguish between good movies and bad movies.  Movies are in themselves indifferent unless there is something morally wrong with them.  Generally, there are three things that can make a movie morally wrong.  They are morally bad if they glorify sin; if they are an occasion of sin; or if they are graphically violent.

Glorifying sin means that the message of the movie or programme is that sin is good, or at least desirable and beneficial.  In Ireland in the 1970s and 1980s, divorce was unknown, and adultery and fornication were largely socially unacceptable.  Then, the American soaps Dallas and Dynasty were broadcast to Irish homes, the guard dogs didn’t bark and a lie was swallowed.  “Look at all these beautiful, rich people living in a beautiful country with big houses and big cars.  They’re committing adultery and nothing is happening to them.  It can’t be so bad.”  Take another example, on Netflix, there is a famous series called Thirteen Reasons Why in which the “heroine” commits suicide and posthumously explains and justifies her mortal sin.  These things are bad - they glorify sin.  They corrupt the mind and the will and deaden the soul.

Being an occasion of sin, means that the movie is actually apt to lead the person into actual sin.  This would be notably if there were immodesty and impurity in the movie.  I haven’t watched the recent movie Wonder Woman, nor should I.  It is an occasion of sin because the heroine is very immodestly dressed.  This may not be a grave occasion of sin for women; it is for adolescent boys and men.  Modesty is a protector of purity - to lose one’s purity means to lose the state of grace and to be on the road to hell.  Parents who do not train their children to avoid immodesty will probably have to explain on Judgement Day why their children lost their innocence and maybe - God forbid! - why they were damned.

Graphic violence makes a movie bad because it makes us, and in particular our imagination used to what it should not be used to.  Our imagination does not know the difference between right and wrong nor between truth and falsehood.  If you doubt that, consider horror movies.  People watch them because they have the thrill of feeling scared.  Although they know that the scenario is entirely fictitious, their imagination does not know and so they feel scared.  Graphic violence is not theatrical violence, but rather extremely realistic bloody and gory violence.

In these three cases, it would be sinful to watch movies.  Therefore, it is up to parents and educators to lay down and enforce rules in consequence – policy and culture.  A side-note: it is sometimes acceptable to watch a movie which glorifies sin - to see how the movie manipulates emotions and corrupts the truth.  I remember watching Silence, a most perverse movie, with a group of older teenagers.  We learned how the moviemakers achieved their aim of justifying apostasy and promoting pantheism by subtle twisting and half-truths.  The reason we watched it was because although it really glorifies sin, it was not a grave occasion of sin - it did not arouse the passions perversely, and any danger to the Faith was offset by the discussion with the priest afterwards.  It would be wrong to watch a movie which is a grave occasion of sin for purposes of study - in fact that would be quite a good trick of the devil.

The good news for the Jones family is that it’s never too late to start, because Jesus and Mary are there to help them every step of the way. The Jones kids will thank them for taking them off their diet of Snapvanity and Hellflix and putting them on a nourishing fare.