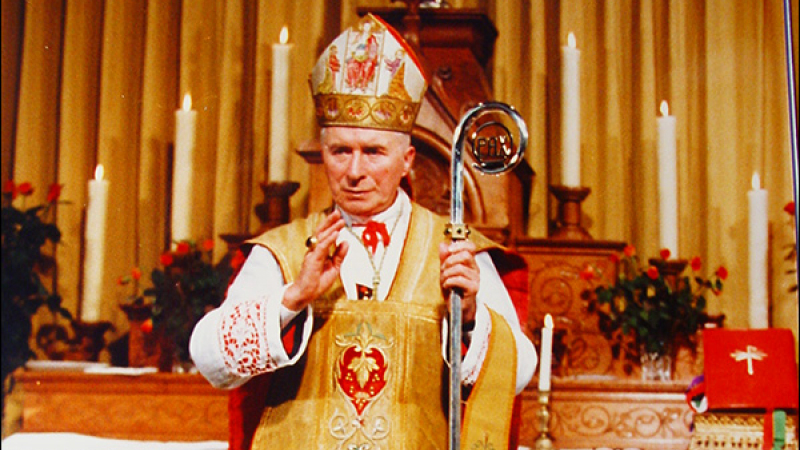 When Archbishop Marcel Lefebvre set up the Society of St. Pius X fifty years ago, the world was scandalised. “Schism in Switzerland!” was the headline in the newspapers; “The Rebel Archbishop!” sniffed the Pharisees; “Wildcat seminary” sneered the bishops.

When Archbishop Marcel Lefebvre set up the Society of St. Pius X fifty years ago, the world was scandalised. “Schism in Switzerland!” was the headline in the newspapers; “The Rebel Archbishop!” sniffed the Pharisees; “Wildcat seminary” sneered the bishops.

Fifty years later, who was right? The world claimed that he was disobedient even while simultaneously claiming that the individual’s conscience was supreme; that he was simply another protestant (even while saying that the Protestants were exemplary Christians); and that he was tearing the Church apart (while also saying that the Church of Christ was untearable and existing everywhere). But they were wrong; in fact, Archbishop Marcel Lefebvre was the most obedient of them all[M1] .

You see, obedience does not mean doing everything that someone in authority tells you to do. It means obeying God and all those who have received authority from God to the extent that they have received that authority. What it never means is obeying a man when he tells you to do something forbidden by God, or forbids you from doing something commanded by God.  The Pope commands me to fast? I fast. Caesar demands his taxes? I pay. My father tells me to cut the lawn? Watch me. John Paul wants me to go to Assisi to pray ‘together but separately’ for peace to all the gods that man or angel has invented? I do not go. That is obedience.

All that God commands is just, justified in itself. The reason is simple: God Himself is the rule. He cannot command anything evil or unjustified. But man? Man must conform himself to God. All that he does and all that he commands must conform to the rule, and the rule is not man, or public opinion, but God. “In what way must I obey my parents?” asks the Catechism. “In all things except sin.” Or, as St. Peter put it, “It is better for us to obey God than men” (Acts 5, 29).

Who are the truly obedient? Maurice and the Theban Legion refusing the Emperor’s offer to sacrifice to Jupiter, or the camp guard bumping off the priest by order of the Commandant? Harry going to the new worship because “Daddy said so”, or Tom who sticks with the old religion? The son who goes along his father’s adultery, or the one who vindicates his mother’s honour? The world judges by the standard of the court of public opinion, God judges our hearts and the innermost depths of our souls.

That is why the newspaper and the Pharisees and the Cardinals were wrong, and the Archbishop was right. God does not change. The Faith does not change. When obedience requires a choice between God and man, there is only one choice possible. Merci Monseigneur Lefebvre for making it.

Yours sincerely in Christ,